Famous Mosques in Dubai To Visit

Famous Mosques in Dubai To Visit 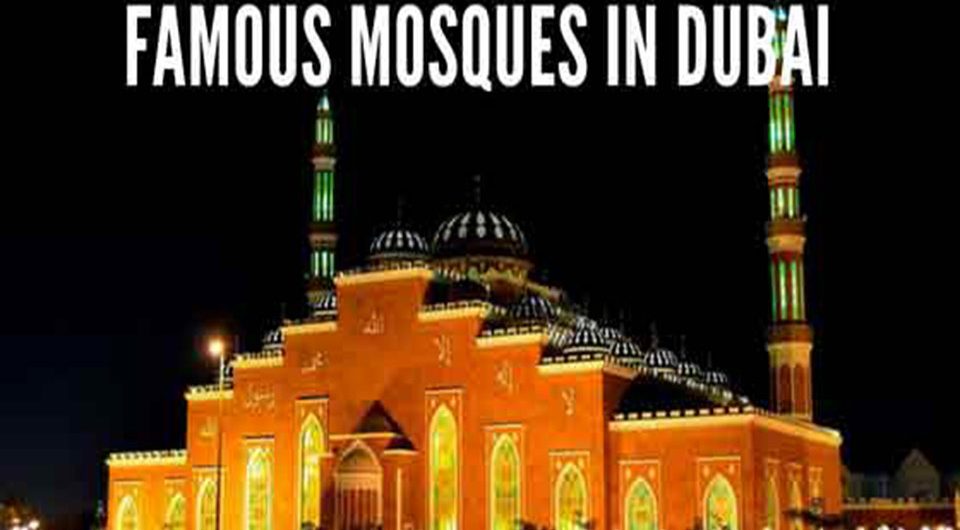 Ramadan, the holy month of Islamic religion, is here, and Muslims around the world fast from dawn to dusk, for almost a month. Dubai, which is a part of the Islamic country of United Arab Emirates or UAE, also follows the traditions of Ramadan. The city which is high on fun and entertainment sobers down during this time of the year. Schools and offices close early, while there are lot of restrictions on the regular tourist activities. Restaurants are closed during the day, and no one should be seen eating in public during day time (even non-Muslims). Tourists generally avoid visiting Dubai during the month of Ramadan as they may not be able to experience Dubai in all its glory. However, the city has a spiritual air during this time, giving you the chance to explore the religious and cultural traditions of the city. While sightseeing during the month of Ramadan would be no less fun, you can also include the famous mosques in Dubai in your itinerary. Here we present the most famous mosques And masjid in Dubai which would be a pleasure to visit.

Not to be confused with the Grand Mosque of Abu Dhabi, the Grand Mosque in Dubai is located in Bur Dubai, the old part of the city. Originally constructed in 1900, the masjid has undergone changes twice and is one of the most important masjid in the Dubai  city. Used as a kuttab or Quranic school in the earlier times, the first renovation happened in 1960 and the second in 1998. Though the last renovation modelled the building as it looked at first, it is huger and can hold 1200 people at a time.

The sand-coloured walls, stained glass panels and wooden shutters and window panes give it an old world charm, blending it well with its neighbourhood. The blue mosaic type work, sand hued facades and domes enhance the Persian style of architecture to the forefront. Nevertheless, the major highlight of this Dubai Mosque is definitely its nine large domes and 45 small domes. It also has the largest minaret (which has an Anatolian architectural style) in Dubai, standing at the height of 70 meters. If you are not a Muslim, you would not be allowed entry into the mosque. However, you can enter the minaret from where you get a great view of the mosque. Also, the best time to visit the place is in the evening when the Grand Mosque is lit up beautifully.

Dubai’s Jumeirah Mosque may look familiar to you because it is one of the most photographed and one of the most famous mosques in the city. Located opposite the Dubai Marina Beach Resort and spa, this beautiful and elegant mosque has white domes and minarets that represent the medieval Fatimid architecture. While the mosque is absolutely a gorgeous one, what really makes Jumeirah Mosque the most popular is that it has an “Open Doors. Open Minds” Program. As a part of the program, non-Muslims can enter the mosque, three days a week. The program includes a guided tour where one not only gets to know and appreciate the history and architecture of the Jumeirah Mosque but also the Emirati culture and traditions. If you are interested in the 75 minutes guided tour, you must contact The Sheikh Mohammed Centre for Cultural Understanding which has been conducting the tours for several years.

Dubai has only three mosques that open their doors for non-Muslims and the Al Farooq Oman Bin Al Khattab Mosque is one of the mosques to visit in Dubai. It is popularly known as the Blue Mosque as its external architecture mirrors that of the Sultan Ahmed Mosque or the Blue Mosque in Istanbul. The mosque has Ottoman and Andalusian architectural styles, and you would be delighted to see the Ottoman instructions which are similar to that of the Blue Mosque in Istanbul. While the architecture of this Dubai Masjid is awe-inspiring, it has several other features which make it a distinguished one. Covering an area of 93,400 square feet, the Blue Mosque of Dubai is endowed with 21 domes, 4 minarets, 124 stained glass windows, colourful Moroccan tiles, specially manufactured red and gold carpet from Germany and a beautiful traditional fountain, giving the mosque a royal look. Another highlight of the place is that it is home to a huge library which has over 4000 Islamic scriptures and other religious books in its shelves.

The Khalifa Al Tajer Mosque is undoubtedly one of the most unique mosques in Dubai. It is known as the Green Mosque as it is the city’s only eco-friendly mosque. Right from the architecture to the facilities, everything has been designed to make sure that not much damage is done to the environment. Designed as per simple Bedouin Emirati architecture, green building materials were used for the construction of this mosque. While solar panels have been used to power the lights, the air-conditioners that cool the interiors emit less greenhouse gases. Also, the place has thermal-insulation systems that are energy-efficient and water-saving technology has been used at all the ablution stations. When it comes to grandeur and opulence, the Khalifa Al Tajer Mosque may not be equal to the other mosques of the city, yet it is necessary to know that the place is so huge that it can hold 3500 worshippers at a time. There are three halls, one of which is dedicated to women. Although this mosque is not open to the public, you must still take a little time to see this beautiful, energy-efficient Dubai mosque from the outside.

After the Jumeirah Mosque and the Blue Mosque, it is the Iranian Mosque which opens its doors to people of all faiths and is one of the mosques to visit in Dubai. Also known as Imam Hossein Mosque, the Iranian Mosque is located in Jumeirah and is the only mosque in Dubai which has Persian influences. The exterior as well as the dome of the mosque is decorated with traditional blue tiles which gives it a regal and unique look. When you enter the mosque, you would be rewarded with the same blue tiles but with accents of green and gold, all over. The intricate designs, the floral motifs and the beautiful colours give the mosque a distinct look. If you join an organized tour to the mosque (happens four times a week), you would get the chance to explore its numerous halls along with its huge library with books on different topics in varied languages.

The Al Salam Mosque, located in Al Barsha, was inaugurated in July 2014 by the Prime Minister and Vice President of UAE, His Highness Sheikh Mohammed bin Rashid Al Maktoum, who is also the Ruler of Dubai. The mosque is close to the Mall of Emirates and has a unique look mainly because the mosque is red, rather than the usual white or sand coloured. The mosque combines Andalusian, Ottoman and Emirati architecture and also slightly mirrors the Turkish buildings of the past. While the interiors of the mosque are nothing less than grand, the gold domes, white accents and balconies on the minarets give it a distinct and attractive look. The Dubai Mosque is said to be perfect for quiet, spiritual reflection and can hold around 1500 worshippers at a time.

A mosque is the last thing you would expect in Dubai Marina, one of the most upmarket parts of the city. Full of high raises, five star hotels, fine dining restaurants and luxury boutiques, the Dubai Marina is known to be a posh locality of the city. But it is also home to one of the most beautiful mosques you would find in Dubai. Opened in 2013, the Masjid Al Rahim is a white structure that has a single dome and a minaret, and is located along the Dubai Marina. A highlight of the place is that you would be able to see a waterfall where the facade of the mosque faces the Marina. While the mosque looks beautiful during any time of the day, it is during the night-time that it becomes breathtaking. When the lights from the nearby buildings and skyscrapers fall upon the mosque, it is covered in blue and white colours, giving it a surreal look. The place can accommodate more than 2000 people and is the most crowded on Fridays and festive holidays. This Dubai Masjid is open only to people who follow the Islamic faith. However, do not forget to check it out if you are walking along the Dubai Marina. Although you would not be able to visit all these famous mosques or masjid in Dubai (unless you are a Muslim), you should take this chance to see them at least from outside. Each of these mosques is a significant part of the city, its life, culture and traditions. If you want to experience Dubai in its totality, you cannot skip visiting these beautiful mosques of the city.
Tags: Dubai masjid Famous Mosques in Dubai unique mosque in Dubai

Shivam Khandelwal
Hello Fellow Travellers, I am Shivam Khandelwal. I suffer from a beautiful condition called wanderlust. I love travelling and exploring new places. I believe life is too short and the world is too big. So, we have to get out as much as possible. I also love writing and want to share my honest, unbiased experiences with you. So, follow me, and I promise to open up new worlds, and experiences for you. Keep wandering!
Previous postFloating Restaurant in Dubai – An Unforgettable Experience That’s Truly Dubai
Next post48 hours Free UAE Transit Visa turns Layover into a Mini Vacation 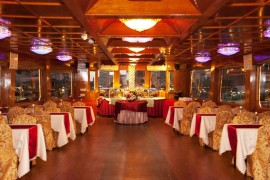